Why we need a new motor design suited for magnets recycling?

In the DEMETER project, there is a special work package responsible for novel motors design which is suited for magnets recycling. Traditionally, the recycling process deals with just the chemical treatment of the magnet itself. Why it is necessary to have the motor with new design?
2 years ago there was a project called MORE [1] which is also about magnet recycling for traction motor of electrical vehicle. It was led by German Institute Fraunhofer ISI, and involved numerous industrial giants such as Simens AG and Daimier AG. This project included the full recycling chain which from magnet disassembly to magnet materials recycling and re-production. However, only conventional Permanent magnet (PM) electrical machine had been used as recycling targets, such as traditional Surface mounted PM motor (SPM) and Interior PM motor (IPM). Therefore, the magnet disassembly methods were only based on these conventional electrical machines.
During the dismantling process, the researchers were met with several difficulties. First, they attempted to directly use mechanical ways to remove the magnet from SPM motor. However, they found they the magnet damaged easily due to its brittleness and the inappropriate tools applied.
Then, the second method was proposed which is thermal treatment, as the adhesive can be decomposed by heating up the rotor. If sufficient adhesive is degraded, the magnet can be removed without damaging the rotor, and without the use of tools. However, as the adhesive already begins to dissolve at 200 ° C, while the demagnetized temperature is around 350° C (NdFeB), the magnetic repulsive force can be greater than adhesive forces. Then it may occur that individual magnet will uncontrollably fly out from the rotor, which may damage the magnet itself and the stove as well. Therefore, a temperature resistant fixation is required for magnets, such as a metal sleeve over the rotor surface, as Figure 1 shows. Besides, the decomposition of glue this process can lead to heavy smoke, which is environment unfriendly. A more suitable extraction for the decomposition products is therefore necessary. 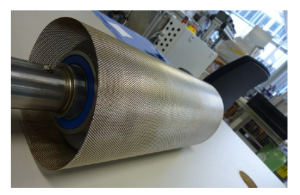 Fig.1. The metal sleeve over the rotor surface

In addition, NdFeB has great tendency to oxidize, it is possible that the surface of the magnets are oxidized by the thermal treatment in air (By magnet surface protection, the oxidization can be alleviated), thus some parameters of the magnets can be changed, such as the decrease of the stiffness.
Furthermore, many chemical treatments are required after thermal treating. In order to remove the left bandage and adhesive materials, some chemicals such as NaOH, boiling dimethylformamide and acetone are needed. However, the contaminations of penetration adhesive were still found in the magnet after thermal and chemical treatment under the microscope. Therefore, more cleaning and efficient techniques are required.
For IPM motor, it is even more difficult to dismantle the magnet, because more complex mechanic infrastructure needs to be implemented on the disassembly line. Therefore, the project announced that one of the difficulties of magnet recycling is based on different motor types and magnet sizes. There is no general method to treat all types of PM machine.
Therefore, the project demonstrates that the existing conventional PM motor cannot satisfy the requirements of magnet recycling. So why not having a new design of PM motor that can easily disassemble magnets, thus reducing the time and cost of disassembly, and rendering it more environmentally friendly? Here several new possibilities of motor design for recycling are studied.
In [2], the authors looked into segmented stator implementation. Since segmented stators are weak at certain points, they are easily shredded in the recycling machine. Some institutes and companies have already invested this technique and have successfully recycled the machine. However, this recycling method is only focused on the recycling of iron and copper materials, instead of the actual magnets. Although only the segmented stator is considered in the article, it is still possible to implement a similar idea for the rotor. The magnets can be easily removed from the rotor if the rotor is already “torn apart” during the recycling process. Moreover, the paper also investigated other materials which are easy to recycle as substitutes of traditional materials, such as iron powder (SMC), which is easier to crush compared to laminated steel. SmCo or ferrite permanent magnets, which reduce the use of glue compared to NdFeB. In fact, the authors even used the magnet ring structure to completely get rid of glue, as Figure 2 shows. Thus, the adhesive problem during the thermal treatment can be optimized. 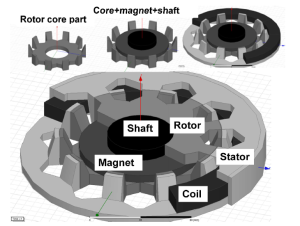 Fig.2. The design of one phase of the claw-pole motor.

In [3], a novel ironless PM electrical machine prototype was proposed, as shown in Figure 3. Regardless of machine performances such as torque density, Back EMF and Stiffness, it is completely possible to design an electrical machine without any iron material. This design makes the disassembly much easier. Moreover, if the performances of electrical machine need to be improved, the stator core can be made by iron material, while rotor core still keep ironless. In this way, the authors found the performance of Back EMF has significant improving, which is 3 to 4 times. However, if it is other way around, which means rotor core is iron, while stator is ironless, the Back-EMF only has very limit increasing, which is 20-40%. This indicates that in the PM electrical machine, the iron of the rotor core has very limited contribution to the flux path. Therefore, it is possible that the rotor core can be totally iron free. Based on this idea, if the motor is IPM, then one can use plastics to fix the magnet instead of iron or glue, then the magnet can be easily disassembled. At the same time, the performance of the motor is not heavily influenced. Thus, the contamination problem of adhesive can be solved. Even the thermal treatment can be abandoned if the design really works. 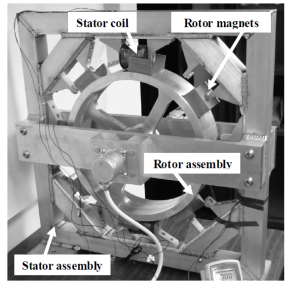 The aforementioned gives us some new insights into the design of PM electrical machine for recycling. With these methods, disassembly time and cost can be hugely cut down. Moreover, environment-friendly disassemble methods can replace the previous polluting ones. However, there are still many uncertainties about these design concepts; on the one hand, we need to easily take out the magnet when we tear down the motor. On the other hand, we still need to protect magnets in the motor during the operation. This is the main problem we need to solve for these methods. Meanwhile, the electrical machines still need to maintain a relatively high performance, as customers will demand high performance machines.
In fact, recycling magnets is only one of the solutions to reduce the cost of traction motors. Nowadays many experts and motor producers are even thinking–is it possible to have traction motors without rare earth magnets? Let’s look into this question.

In [4], the authors announced that whatever the price of rare earth magnets, their elimination from electrical machines will lead to a reduction in costs. However, caution must be taken as the cost may increase in the whole electrical powertrain system when switching to other motor techniques, such as power electronics devices and batteries. Nevertheless, the authors listed several motor designs with reduced magnet usage or with no magnet.

First example is when hybrid-motor technology was introduced. This technique makes use of smaller amounts of magnetic materials embedded into ‘salient’ rotor structures compare to traditional ‘non-salient’ pole PM machine. Thus, it is actually a mixture of permanent magnet motor and switch reluctance motor, which usually called PMASynRM. Nowadays there are already some applications in industry, such as BMW new electrical vehicles.

Second, ferrite magnet can be used as a substitute of NdFeB, since ferrite magnet is considerably cheap. But the major challenges are both the low remnant flux density and low coercivity of this magnet. With very careful design of the motor, it is possible to withstand demagnetizing fields during field-weakening and short circuit conditions. Nowadays for instance, GE has constructed a machine using ferrite magnets with several kilowatts.

Third, traditional motors with no magnetic materials can be applied, such as induction motors or wound rotor motors (Synchronous motor). For the induction motor, the design and control techniques are already well developed. However, induction machines produce losses in their rotor conductors, which can result in total rotor losses typically two to three times higher than in a permanent magnet based motor. The difficulty of rotor cooling makes the high rotor losses undesirable. The typical example of induction motor application is Tesla, whose induction motor uses a copper rotor cage instead of Aluminum, thus, the rotor losses can be reduced. For wound rotor motors, they are applied as generators in almost all power plants worldwide. They offer extremely high efficiency and reliability. However, the problem is that slip rings have to be used to provide conductive path to rotor, which become unreliable with brushes wearing over time. Furthermore, additional switching devices are needed in the power electronic inverter in order to provide controlled current to the rotor, which increases the cost of the entire system as it is mentioned before. However, there are still some practical applications of the wound rotor traction motor. For instance, Renault collaborated with Continental to successfully implement this type of motor in their car products.

Finally, reluctance motors can be a promising candidate. The generation of reluctance torque is based on the fundamental tendency for electromagnetic flux to seek the path of least resistance. These types of machines have the potential for very high efficiency, with ABB having launched a range of very efficient industrial machines using this technology. However they suffer from relatively low torque densities and high torque ripples, as well as high acoustic noise when compared with other motor types, which may be a limiting factor in electric vehicle applications.

For the ease of comparison, Table 1 list the material costs and torque density of each electrical machine, which clearly shows the pros and cons of different motor techniques.

We need to bear in mind that there is still no conclusion about which way is the best to reduce the cost of machine. Permanent magnet based motors still have incomparable advantages such as their high power density application. In fact, 3 mm thick piece of NdFeB magnet produces the equivalent magnetic field to passing 13 A, as shown in Figure 4. In a representative 80 kW traction motor the optimum use of NdFeB magnets would theoretically be equivalent to saving perhaps 20% in total motor volume and, conservatively, in the order of 300 W of winding loss.

Fig. 4. A simple comparison between the area of electromagnet coil and NdFeB magnet required to produce the same magnetic field.

Therefore, it is still extremely important to keep exploring PM motor design. Moreover, the new motor design for permanent magnets recycling and reuse merit large amount of study and deeper investigation. As the performances of the motor with magnet recycling need be able to compete with other motor technique, the time and cost reduction of magnet disassembly will be critical for this new motor design.

Attention: paper [1] is directly translated from German by translation software. Thus, there might be some misunderstanding due to the inaccurate translation of the paper.