Don't Miss
Home / Blog / Electric vehicles: the past and the future

When has it started?

Electric vehicles (EVs) appeared first in the middle of 19th century [1]. Who was the first inventor is now diluted in time. What is for sure, first experimental electric cars appeared just after 1820, when electromagnetism was discovered [2].

Unfortunately, full-electric vehicles (battery EVs) were too expensive and too slow to convince society in the 19th century. It is fascinating how much competition they had to withstand! A breakthrough came around 1870 upon the invention of rechargeable batteries and more powerful electric motors [2]. The first vehicle to break 100 kilometers per hour threshold was an electric car called ”La Jamais Contente” (Belgium) in 1899 (Figure 1) [3]. The producer was the Belgian Camille Jenatzy, who was the owner of a small car manufacturing company. The torpedo-shaped EV was constructed by partinium (an alloy made of aluminium, copper, zinc, silicon and iron). The vehicle was powered by two direct-drive Postel-Vinay 25 kW electric motors. 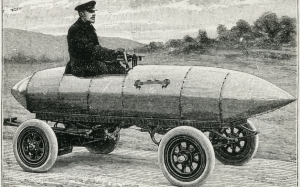 Ups and downs… the road is never straight

Electric vehicles became very popular around turning the centuries, when they reached the peak (Figure 2). However, in the second decade of the 20th century there was a decline in use [2]. Why? Because of important advancements in the infrastructure and production technologies, the internal combustion engine had a major boost. Sooner or later, petrol became the dominant power source for a long time. This means that after the invention of the electric starter motor, EVs were beaten by petrol-powered cars. To advance on internal combustion engines (which took many years) improvements were necessary [4]. 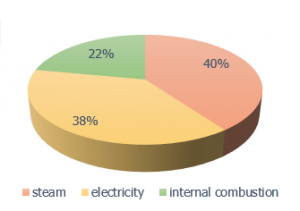 Figure 2:           Electric vehicles in US hold a significant part of the automobile market at the end of the 19th century [2]

And here we are, EVs are again popular! Today, many EV motors are based on the permanent magnet technology, e.g. Tesla (Model 3 Long Range), Nissan (7201.T) or Geely (0175.HK) [5]. The decision to switch to permanent magnets has completely changed the dynamics of the market, because suddenly you can get a much higher energy product out of small magnets. But what is the price we pay for our privilege of having a beautiful and powerful EV (Figure 3) ? Permanent magnets contain rare earth elements (like neodymium, dysprosium or samarium) and critical metals (cobalt) which are found in many places around the world, but the process of extraction from primary sources is difficult and expensive [6, 7]. Due to necessary separation of multiple different metals from a single deposit, production of rare-earths is as bad as you can get in terms of environmental damage. Notwithstanding the fact that the demand for these metals for magnet alloys production is huge! 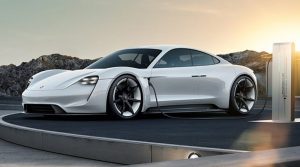 So, what can we do about the future of EVs?

There is always room to improve in terms of permanent magnet production, recyclability or reuse of magnets. Moreover, a new design of motors could make it easier to extract the magnets. The issue is complex: it is one thing to extract magnets it is an entirely different thing to extract metals from scrap magnets. How can we make the separation process for metal recovery technically and economically feasible from scrap magnets? Does the recycled magnet have to have lower magnetic properties? How can we improve the structure of magnet that was manufactured from a decrepitated magnet powder? Can we critically evaluate the environmental impact of the recycling paths?

The concluding symposium co-organized by Horizon 2020 project EU MSCA-ETN DEMETER, SIM² KU Leuven and GloREIA is a perfect opportunity to discuss anything related to rare-earth permanent magnet motors and the e-mobility revolution and share the knowledge. The symposium will be held in Leuven (Belgium) on February 5-7, 2019. This event offers more than 10 keynote lectures by world-leading authorities in the field of rare earths, permanent magnets, electric motors and REE recycling technologies. More information can be found on the symposium webpage: https://symposium.etn-demeter.eu/.

Get to know about Simona, ESR 4 of EU MSCA-ETN DEMETER