Don't Miss
Home / Blog / Metals in balance on the market

Metals in balance on the market

“Why should recycling be more convenient than primary production?”

This the question that I received in the last DEMETER event asked by a mechanical engineer. I guess that if we ask the same question to people in the streets, 80% of them would reply that recycling is more convenient for environmental reasons. Well, today I want to introduce you at the economical and social importance of recycling natural resources: let’s talk about the BALANCE PROBLEM.

The balance problem refers to the lack of balance in the natural abundance of metals in every mineral; this creates, in turn, an unbalance in the stockpile and, at the same time, has to take on the unbalance in the market demand! What chaos! It is better to explain everything from the beginning.
Rare-earth elements, REEs, are not so rare! The name comes from the meaning of rare as difficult and they are considered difficult to extract since their concentration in the ores is not so high and they always occur as a mixture of elements. Abundance of elements in the Earth’s crust decreases as their atomic number, Z, increases; moreover, elements with odd Z are scarcer than elements with even Z, according to the Oddo-Harkins rule. 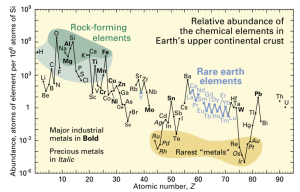 FIG.1 RELATIVE ABUNDANCE OF THE CHEMICAL ELEMENTS IN THE EARTH’S CRUST

One can easily observe from Fig.1 that lanthanum, La, and Cerium, Ce, are the most abundant REEs; but, unfortunately, their demand does not compensate their offer. Other REEs that have an excess of stockpile are samarium, Sm (among the light REEs together with La and Ce) and gadolinium, Gd, holmium, Ho, thulium, Tm, ytterbium, Yb, and lutetium, Lu (among the heavy REEs). To compensate for the cost of stockpiling the prices for the most desired elements increase; in other words if the system was in perfect balance, the stockpiling would not be necessary and the production costs will be lower for all the elements.

As for any product, the market demand depends on its applications. A rapid development of new technologies and applications can reverse the present situation, as it did when the magnets market shifted from the use of SmCo to NdFeB magnets. This suggests the substitution of metals in the current application as a possible solution; by the way, it is not an easy task to keep the properties and performance of the final product unchanged, while introducing new elements in it.
Other two possible solutions are diversification of REE resources in terms of ores and recycling. The first solution shows that it is possible to make REE concentrate that reflects better market needs of individual REEs and diversify the production of the stockpiled metals.

Recycling allows avoiding at a very high extent the excess of undesired metals: one produces only metals that were already present on the market! Recycling (and re-use) is a secondary resource produced from scraps or end-of-life products of our urban environment, that’s why it is also called urban mining. Although it sounds as if this is the most promising solution, there are two main obstacles for recycling: the development of adequate technologies and the role of the stakeholders.
What does it mean adequate technology? It means that the technology developed has to be

-feasible at industrial level, with recovery efficiencies ≥90% and suitable for large volume of production;

-price-competitive, not only in terms of selling costs of the metals but also in terms of capital costs of installation of new plants (often neglected and often the main obstacle!);

– a lower environmental impact, compared to the primary production process;

-accepted by the society, an example is the fact that mobile phones are not recycled ALSO because people prefer to keep their old phones at home and do not consider the idea of recycling them.

At least for the first three points, I assure you that the ESRs from DEMETER, as well as from the entire rare3 group, are firmly working to overcome these challenges!

…and what about the role of the stakeholders? Stay tuned and wait for my next post to discover more about it and the importance of a circular economy!

Inspiration for this article came from a lecture of prof. K. Binnemans at the DEMETER Summer School (Leuven, 24-26 August 2016), from where also the Fig.1 and the two mentioned references were taken.