Even at the completion of our soft skill training last month on “Gender Issues in Science,” there is still a lot of discussion among the Early Stage Researchers (ESRs) about how to get women more involved in science and engineering and how to close the gender gap. The under-representation of women continues to characterize participation in science & technology occupations1. For instance, in more than half of the countries women are under-represented relative to men, making up less than 45 % of scientists and engineers. Among researchers in general, the representation of women and men also remains uneven1.In only eight out of 28 EU Member States did women account for more than 40 % of researchers. And 40% is not even half! I’m not quite sure why the EU is so fixated on this 40% number. 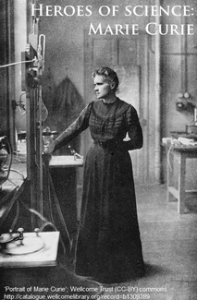 In 2012, the European Commission proposed legislation with the aim of attaining a 40% objective of the under-represented sex in non-executive board-member positions in publicly listed companies, with the exception of small and medium enterprises2. I was surprised to learn that 40% is the proposed objective and not 50%. Since half of the population are females, wouldn’t make more sense to have complete 50/50 equality? But then, realistically, it makes sense to have an error bar of 10%.

Regardless, there are many programs started by the European Commission (EC) that promote women in research and science such as: Science: it’s a girls thing, ETAN (European Technology Assessment Network), an expert group on women in science set up by EC in 1998, and Helsinki Group on women and science, set up by EC in 1999. Let’s not forget also the Marie Sklowdska Curie Program. While this fellowship program is not only vested in the interests of women, there is a reason its namesake is one of the most prominent women in science.

Marie Curie was one of the first woman to contribute to modern science. Although she was not the first woman scientist. In the age of Antiquity, in the first century AD, Miriam the Jewess, was perhaps the first female scientist to have her work preserved in any form. Descriptions of her designs for alchemical equipment were included in Egyptian encyclopedias compiled in the third century A.D.3 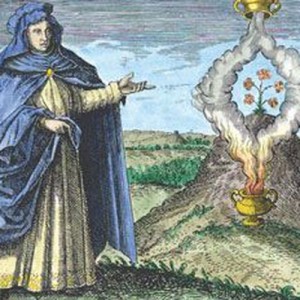 Marie Curie, like Miriam was considered a minority. They both serve as an example for all of us–man and woman. Because Marie Curie was a poor foreigner, working and studying in a new country, she demonstrated to all of us that where you end up isn’t determined by your nationality, religion, gender, or economic status, it is, however, driven by the goals you want to achieve, the dreams you want to fulfill.

Sadly, Marie Curies influence is not totally reflected in today’s statistics. In 2012, women represented only 28% of PhD graduates in engineering, manufacturing and construction in the EU1. In my own field of science and engineering, in 2012, women accounted for no more than 35% of PhD graduates in Belgium. Well, here is a photo of me and my colleague, Giovanna Sauve (another female Marie Curie Fellow!) Together, along with the other female ESRs, we are actively trying to increase the percentage of women PhDs graduates in Belgium. 😉 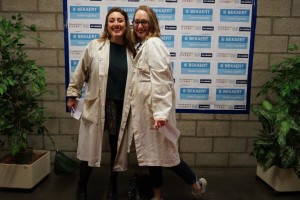 The point is that women and girls are socially conditioned since birth that they are not suited for engineering and other systems type of thinking. Though men demonstrate a certain proclivity for this type of thinking, I would argue that these proclivities don’t even get a chance to emerge in young women. In truth, it all begins when we’re young. While girls’ toys teach us how to cook and be good mothers, boys’ toys teach them how to design and construct. Then, when we go to school and start learning math, we girls perform poorly, because we haven’t had as much practice and thus, we quickly lose confidence. Furthermore, even women who prefer to teach engineering and science aren’t choosing a professorship. Less than one in five professors of science and math at top research universities in the United States is a woman4. This also might have to do with the lower amount of women PhDs as well 🙁

I don’t want this blog to be a feminist critique…especially since sometimes these critiques make sexist statements themselves—mostly against men. And it won’t be long before a form of male gender criticism emerges. For centuries, men have also been pressured to conform to certain identities and men too are socialized at birth–no less than women–to think and behave in certain ways. These social expectations for men include being good providers and being strong (both physically and emotionally) are also displayed in professional settings. In fact, I would argue that any gender critique (on the scientific profession or not), with an either overt male or female agent, can properly highlight any discrepancies between the sexes. Don’t mistake me for any misandry, I highly appreciate all of the male scientists and engineers in our DEMETER project. I wanted merely to highlight some of the information we received in the soft skills training in Slovenia, and also demonstrate how sometimes the field of science could work in opposition to feminist ethics.