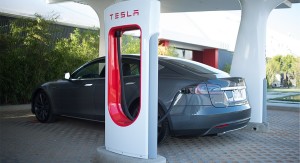 Element#1– In recent times, the one word which is heard most in development economics, climate change discussions and invention platforms is “Sustainable”. A simple internet search for its definition reveals that ‘anything that is able to be upheld or defended’ is sustainable. In general sustainable is an activity able to satisfy the needs of the current generation without altering the needs of the future ones.

Element#2– Recently I heard the Indian ambassador in France make a speech at a Youth Forum in Paris. He emphasized the fact that in all the important decisions which affect climate and mankind, the ‘State’ or ‘Governments’ have always been, currently are, and always will be, the most important decision making authority or stakeholder.

So if we merge the concepts of Element # 1 and Element #2, we can deduce that if (i) climate change has to be tackled; and (ii) development to be made sustainable, the ‘states’ have to take decisions that affect the former two. The government’s decisions are called policies and policy design is not only complicated, it is also controversial. In most cases, policies help to design the market for a certain good or service.

In the US, UK, Italy, France, Japan and Germany, it is well established that the development of EVs is based on the financial incentives, technology support and charging infrastructure, such as the EV Everywhere Grand Challenge Blueprint in America and Next-Generation Vehicle Strategy 2010 in Japan.

The most successful model of charging infrastructure development has been a public-private partnership in countries like the US and France. In China, this is completely controlled by the State Grid Corporation of China (SGCC) or the China Southern Power Grid (CSPG). The benefits of public private ownership to state owned monopoly are the topic of more detailed economic discussion and have been skipped here.

One constraint that users face is the variety and incompatibility among the various makes of the networks which hampers the use of EVs to their full potential and inter-border trips virtually impossible. Besides the practical value of interoperability to EV drivers in Europe, it could also help in realizing positive scale effects for the equipment manufacturers and charging network operators by virtue of standardization.

However it is to be noted that till date, governments and industry have been unable to reach an agreement on who should cover these investment costs and how they might be recovered through the charging of fees.

Developing countries still lack concrete and comprehensive support regimes, in the form of regulatory policies to frame the EV and HEV market.

EVs require a well-functioning and stable road infrastructure, which is often lacking in the developing world. The existing infrastructure, even if well functioning, may or may not have the  possibility of installing the hardware and software charging infrastructure, which are required for transfer of energy from the electric grid to the vehicle. The adoption of EVs adds additional requirements on the grid. Charging EVs causes the grid and generating capacity to be heavily loaded; however, grid systems in developing countries do not have the capacity to deal with this extra need of energy.

On a side-note, The Boston Consulting Group (2009) estimates the amount of investment needed to

develop the public charging network in the United States at 21 billion dollars. From this single number as well as from the narrative above on policy limits, it is clear that charging infrastructure requires big investments and involves big risks. It is just a question of breaking it into smaller blocks and doing it in one commune, one city, one state and one country at a time.

On that note here are certain facts and figures on the very successful care sharing scheme – Autolib’s in Paris, France. A few vital statistics on this service, which is very convenient to use and this fact can be testified by the author himself.

Number of vehicles registered for the service: 3980 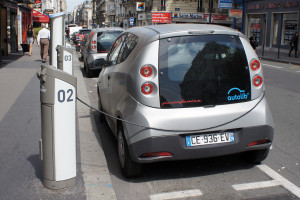 The Bolloré Bluecar has a 30kWh lithium-metal-polymer (LMP) battery, coupled to a super-capacitor, that provides an electric range of 250 km (160 mi) in urban use, and a maximum speed of 130 km/h (81 mph).

Development Of EV Markets & Charging Networks In Developing Countries (Based Off Of In-Depth Knowledge Of Ukraine) https://cleantechnica.com/2016/06/20/development-ev-market-charging-network-developing-countries-ukraines-example/