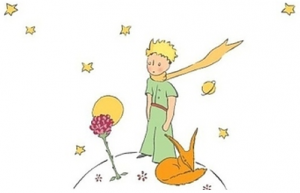 “If you love something, you do not necessarily need to own it but care for it”1 says the wise fox to the Little Prince. And what about us? Do we take care of our Mother Earth or do we just want to own what she gives us: nature, water, resources? Is moving towards electrical cars a good way to take care of the earth?

Recently Marchionne, CEO of Fiat-Chrysler, declared that electrical cars are a trap and the propaganda about them is misleading.2 Now, perhaps he said this just because Fiat-Chrysler is far away from the success that other companies such as Tesla, Toyota, Renault (the most sold electrical car in Europe in September 2017 was the Renault Zoe), and have enjoyed in the electrical mobility market. Furthermore, we in DEMETER find his words particularly troubling since the Research Center of FIAT in Turin, Italy, was supposed to be one of the partner of the project and they left just before starting. In any case, each side has its own story, and what Marchionne said is not completely wrong. Let’s illuminate the dark side of the green (?) e-cars.

End-of-life impact: Conventional cars are could be considered greener than electrical cars, since at the end of their life the 85 % of their components are recycled.

Exhausted gases: The impact due to gaseous emissions by electrical vehicles is definitely lower than the same impact by internal-combustion engines. However, in the last 15-20 years, consumption of conventional cars lowered significantly especially in the case of LPG and methane gas. The fuel consumption is, indeed, critical in evaluating the footprint of a vehicle. To complicate matters, the energy that powers our electrical car is sometimes dubious. For example, do you know if it is renewable energy? Is it from fossil fuels as it is with the gasoline vehicles? Is it imported energy as is the case with the gasoline vehicles and if so does it undermine the energy security as well? The answers are not trivial at all.

Particles emissions: Here the answers are instead quite trivial and here the sore button comes. Electric cars emit much more particulate matter than conventional cars. What is particulate matter, or PM? In terms of vehicles, it is the amount of fine, solid particles emitted as products of combustion. PM is also sometimes a consequence of t wear and tear of the catalytic converter, brake, and/or tyres.3 Now, it should be easy to guess that the only PM that an electric car emits is due to wear of brakes and tyres, since there’s no combustion of fuels in an electric engine. It is less easy to guess that, at performance parity, an e-car is much heavier than a conventional one and this results in a larger braking effort. Physicians estimate that every year 29’000 cases of premature death due to PM ingestion are registered.4 Why is PM so dangerous? There are different classes of PM based on its particle size: the finer the particles the easier they can penetrate your lungs and your capillaries. Secondly, metals can deposit on the solid particles and travel into your body which could cause neurological disorders. It has been roughly estimated that by 2020 the majority (90%) of PM will be non-exhausted, meaning that it will come more from wear of car components than from combustion of fuels.4

In conclusion…e-cars are not a big benefit for our beloved Mother Earth? I am afraid that I completely agree with prof. Kelly when he states that the greenest way to move is by bicycle or on foot,5 but sometimes we do really need a car and neither public transportation are a considerable option. What can we do then? As the people, we all should make well-informed and not rely on consumerist trends. And we shall not forget the role of consumers as stakeholders. As experts, our researchers from WP2 and 3 are working hard to design both new magnets and new motors with enhanced properties—equipped with longer durability and less losses so as to optimize the performance of the e-cars and to make them lighter to produce less PM by brake wear.

Follow the research of Awais, Arnab, Amit, Adolfo, Ziwei and Pranshu on our web page: https://etn-demeter.eu/
and on our social profiles:
Tweets by ETN_DEMETER
https://www.facebook.com/ETN-Demeter-777018712442883/
https://www.instagram.com/etn_demeter/ 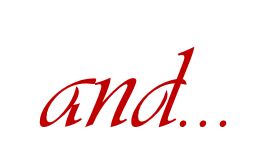