After the overview of powertrain configurations, let’s only focus on motor techniques.  Here several typical permanent magnet motors are discussed.

Figure 13 shows a PM synchronous motor as well as generator from Aisin. From the outward appearance, the rotor is well sealed, so only the stator can be clearly seen. The machine is flat disk shape with radial flux, which can easily fit in narrow space, such as the crankshaft hybrid configuration. Besides, the motor uses distributed and rectangular winding, which is quite interesting to give attentions, as the rectangular winding is getting popular among vehicle industry recently. Because compare to random-wound round winding, rectangular winding can be fitted into the motor slot with more copper. This can significantly improve the current density thus deliver more power, while still keeping the same size of the machine. In addition, the cooling capability can be benefit from larger exposed surface of this rectangular winding. However, currently the manufacture cost of rectangular winding machine is still higher than round winding machine, considering the same level size. But with more investigations, the copper forming and joining processes can be optimized, the cost is expected to be reduced. 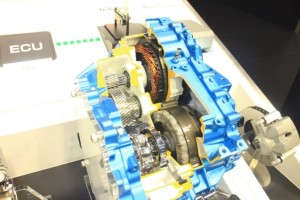 Figure 14 shows a PM synchronous motor from Volkswagen. This motor is cylindrical shape with radial flux, which is suited for rear axle hybrid or pure electrical configuration. Here the motor only uses random wound round winding. As it mentioned before, although such high fill factor may not compete with round winding, the cost of the winding can be reduced, moreover, an automated winding process can be easily realized. In addition, normally rectangular windings need welding process at the end winding part, sometimes this welding process is hard to achieve. While round winding does not need it at all. This is also an advantage for round winding. 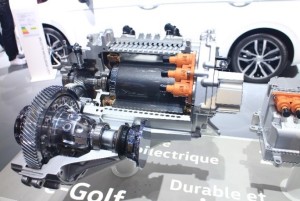 Normally distributed windings are extensively used in PM motors, as they can result in more sinusoidal magnetomotive forces as well as EMF waveform [6]. However, recently concentrated windings have gained more and more attentions. The most significant advantage of concentrated windings is their short end turns. This leads to a very compact structure, which indirectly improve the power density of the whole motor drive unit (including motor active part, cooling and housing). For example, Figure 15 shows a concentrated winding motor from BMW. 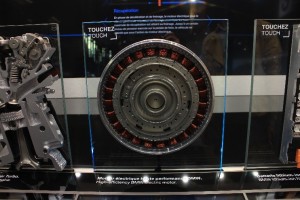 The compact disk shape can easily fit in crankshaft-gearbox hybrid configuration. Besides, it is a 24 slots 16 poles combination with double layer winding. Compare to single layer winding, the advantages of double layer winding is the lower spatial sub-harmonic components in their MMF distribution, which lead to lower torque ripple as well as lower magnet eddy-current losses [7]. However, double layer concentrated winding is not perfect. We can also take some advantages from single layer concentrated winding with proper design [8]. For the slot pole combination, it has large influence on motor losses, torque ripple as well as vibration and noise. Therefore, the combination should be carefully chosen. 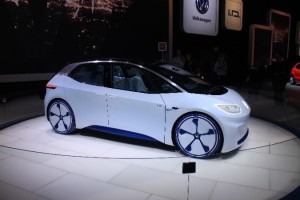 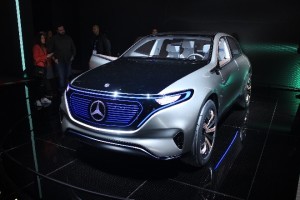 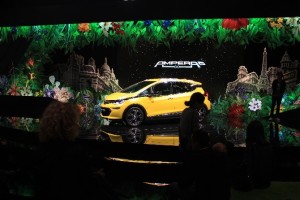 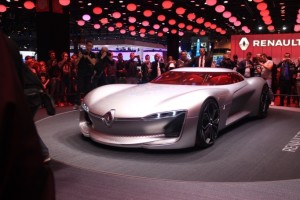 Finally, let’s talk about the future of electrical vehicles. This time, many large companies have announced their future plans about electrical vehicles, which sound very cheerful. For instance, Volkswagen shows their electrical concept car named I.D.  The car is designed with 125kW power and 600 maximum recharge mileages. The company plans to boost the sale to 2.5-3.5 million before 2025, which share 20% to 25% percent of total share.

“Coincidentally”, Mercedes-Benz also announced their important concept electrical vehicle named EQ. The car is designed with double motors that totally give 300 kW and 700N.m. The recharge mileage can reach 500 maximum. The mass production is expected to be carried out in 2018.

Opel also brings their new electrical vehicle named Ampera-e. The car has 322 recharge mileages, which can be a great competitor of ZOE and Nissan Leaf in the future.

Therefore, we can expect that hybrid and electrical vehicles will drastically grow in the coming 10 to 15 years at least. However, at this stage, there are very few people considering the recycling aspect. Such as the PM motors mentioned above, probably no one has yet accomplished magnet recycling according to their structure. Therefore, the recycling layout of electrical vehicles is urgent to follow the trend. In this way, a “green car” can be worthy of its name.

The author has copyright of all the photos.