In the framework of the EU H2020 MSCA-ETN DEMETER project researchers at the KU Leuven have developed a new ionic liquid-based, dry solvoleaching process for End-of-Life NdFeB magnets. The associated publication in RSC Advances provides new insights in the dissolution mechanism of metal oxides by the ionic liquid [Hbet][Tf2N] at leaching temperatures higher than those typically used in hydrometallurgical leaching processes. (Leuven, 13-3-2018)

Manufacturers of high-tech devices strongly rely on metal supply and availability. In 2017, the European Union confirmed the criticality of rare-earth elements (REEs) because of their high demand and supply risk. Among other applications, REEs are mainly used in neodymium-iron-boron (NdFeB) permanent magnets, widely present in the motors of electrical cars, and which also contain dysprosium (to improve the thermal stability), cobalt (to increase the coercivity) and praseodymium (as impurity of the neodymium), in addition to the neodymium in the alloy with iron.

Metals have been traditionally processed by using a series of techniques called hydro-, pyro-, or electro-metallurgy. Very recently a new branch was added: solvometallurgy. Solvometallurgy refers to wet techniques such as hydrometallurgy, but differently from this the system has less than 50% of water and is defined non-aqueous. Ionic liquids (ILs) are solvents that consists entirely of ions and are usually liquid below 100 °C. Although they can absorb significant amount of water, dry ILs can be synthetised and applied at temperatures above 100 °C to increase the reaction rates. 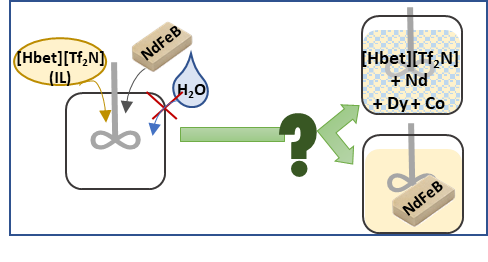 In this paper (produced in the framework of the ETN DEMETER project) the dry IL betainium bis(trifluoromethylsulfonyl)imide, [Hbet][Tf2N], is used to leach NdFeB magnets and NdFeB production scrap at atmospheric pressure at a temperature of 175 °C with particular attention to the coordination of metals in the leaching mechanism. The role of water or coordinating anion such as chloride in the dissolution process is highlighted. Since the reaction between the IL and the metal oxides (from the roasting of the magnets and scrap) produces water, the presence of water itself could not be excluded a priori. Preliminary treatment of the solids to recycle was necessary and involved steps of crushing (with an hydraulic press), milling (with a planetary ball mill, milling accessories in tempered steel), roasting (for 15 h at 950 °C in air). The leaching was carried out in glass vials open to air, at 175 °C and 600 rpm for 24 and 48 h. The effect of the water content in the IL on the metal coordination was investigated by Extended X-ray Absorption Fine Structure (EXAFS) spectroscopy and Eu(III) emission spectra and lifetime measurements. The thermal stability of the IL, even in presence of high concentration of metals, was tested via dynamic and isothermal thermo-gravimetric analysis. Characterisation of the roasted solids revealed unexpectedly the presence, next to Fe2O3, of ternary oxides NdFeO3 rather than of Nd2O3. This was proved to limit the reaction rates, by comparing the dissolution of real solids with the dissolution of pure Nd2O3 and Fe2O3. In general, the leaching process has very low yields, < 10%, and is not selective.

The results were also compared to those previously published in Green Chemistry by Dupont and Binnemans (2015) in a process based on IL-water 50:50 wt.% mixture. The effect of water on the mass transfer and metal coordination was investigated respectively through viscosity and spectroscopy measurements. The viscosity of dried [Hbet][Tf2N] at 175 °C is very comparable to the viscosity of water-saturated [Hbet][Tf2N] at 90 °C. On the other side, EXAFS, Eu(III) emission spectra and lifetime analysis showed that there are no water molecules coordinating the rare-earth ions when leaching with the dry IL at 175 °C. The dried [Hbet][Tf2N] is not able to efficiently saturate the coordination sphere of the rare-earth ions in contrast to water-containing [Hbet][Tf2N]. When CaCl2 was added to the dry IL to provide Cl– as coordinating anions, about 70% of Nd(III) was recovered against about 30% of Dy(III), Co(III) and Fe(III). In conclusion, this paper proved that the crystalline structure of the treated solids has also effect on the leaching yields and that a lixiviant with both good dissolving and coordinating properties is required to successfully recover metals from solids. 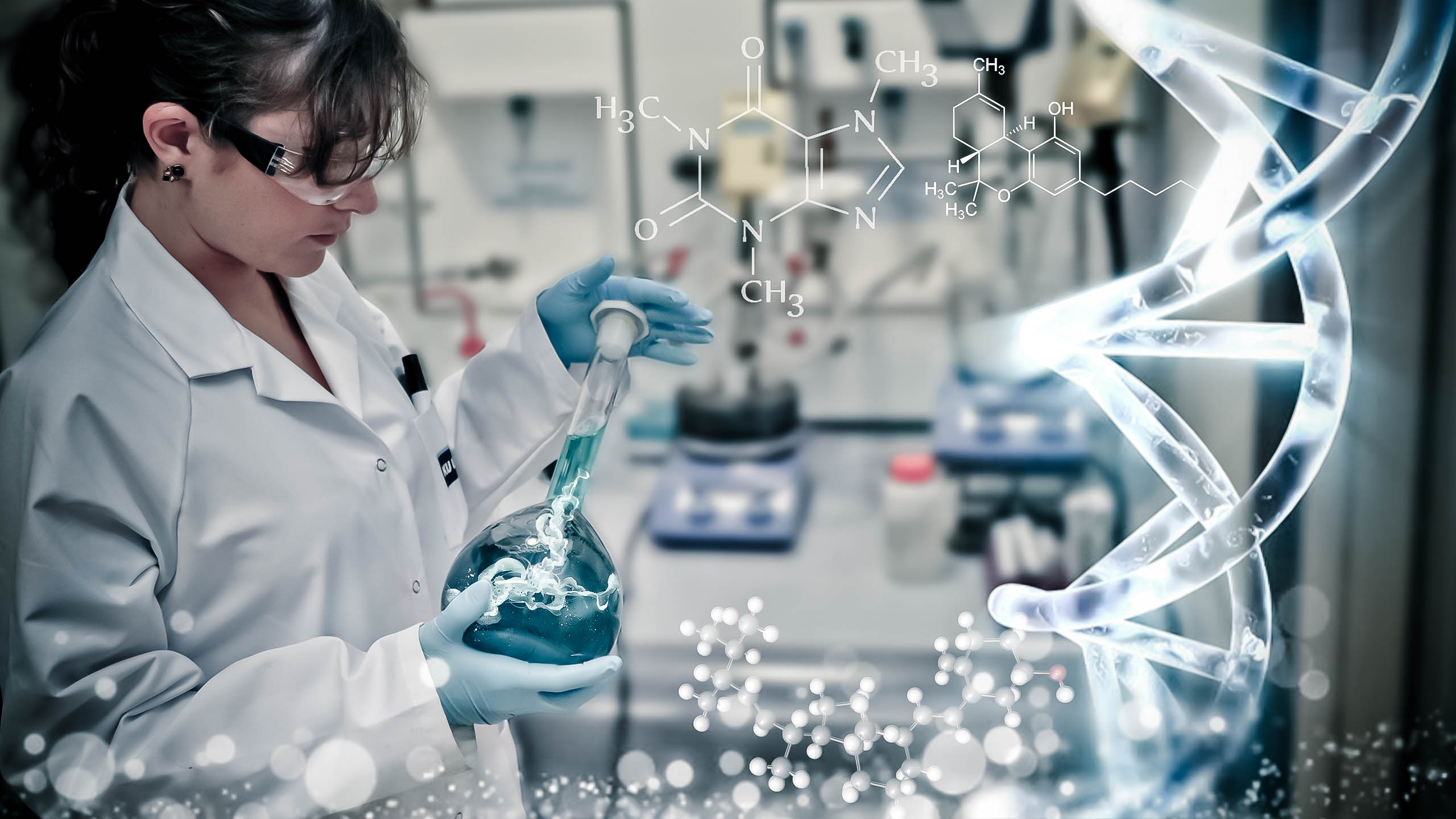 Bio main author. Martina Orefice graduated in Environmental Sciences (BSc) in 2010 and in Chemical Engineering (BEng) in 2012 and (MEng) in 2015 at the University Federico II of Naples (Italy), her birth-city. Passionate for environmental issues thanks to a board game in her childhood, Martina aims to be a professional in secondary raw materials and circular economy.

Acknowledgements: The research leading to these results received funding from the European Community’s Horizon 2020 Programme ([H2020/2014–2019]) under Grant Agreement no. 674973 (MSCA-ETN DEMETER). This publication reflects only the authors’ view, exempting the Community from any liability. Project website: https://etn-demeter.eu/. The authors also want to thank Magneti Ljubljana for providing the magnets and the production scrap samples for the carried out research, Less-Common Metals for the dross samples, Tony Debecker and Kevin Wierinckx for crushing the magnets, Jeroen Jordens for the particle size measurements, Tobias Hertel for the quantitative XRD analysis, Jeroen Sniekers for the SEM and EDS analysis, Mathieu Meerts for the viscosity  measurements and Thomas Quanten for the luminescence measurements. TVDH thanks the FWO Flanders (Belgium) for a postdoctoral fellowship.