Electrodeposition of rare earth element-transition metal (REE-TM) from non-aqueous solution is a promising alternative to high-temperature molten-salt electrolysis. A co-deposition mechanism of REE-TM from an ionic liquid was proposed with a kinetic model by researchers at Jozef Stefan Institute. The mechanism is based on the transition-state theory and was proved by a case study of Nd-Fe system. The work is published in ChemElectroChem with a cover feature. (XX/LAO, Leuven, 28/05/2019) 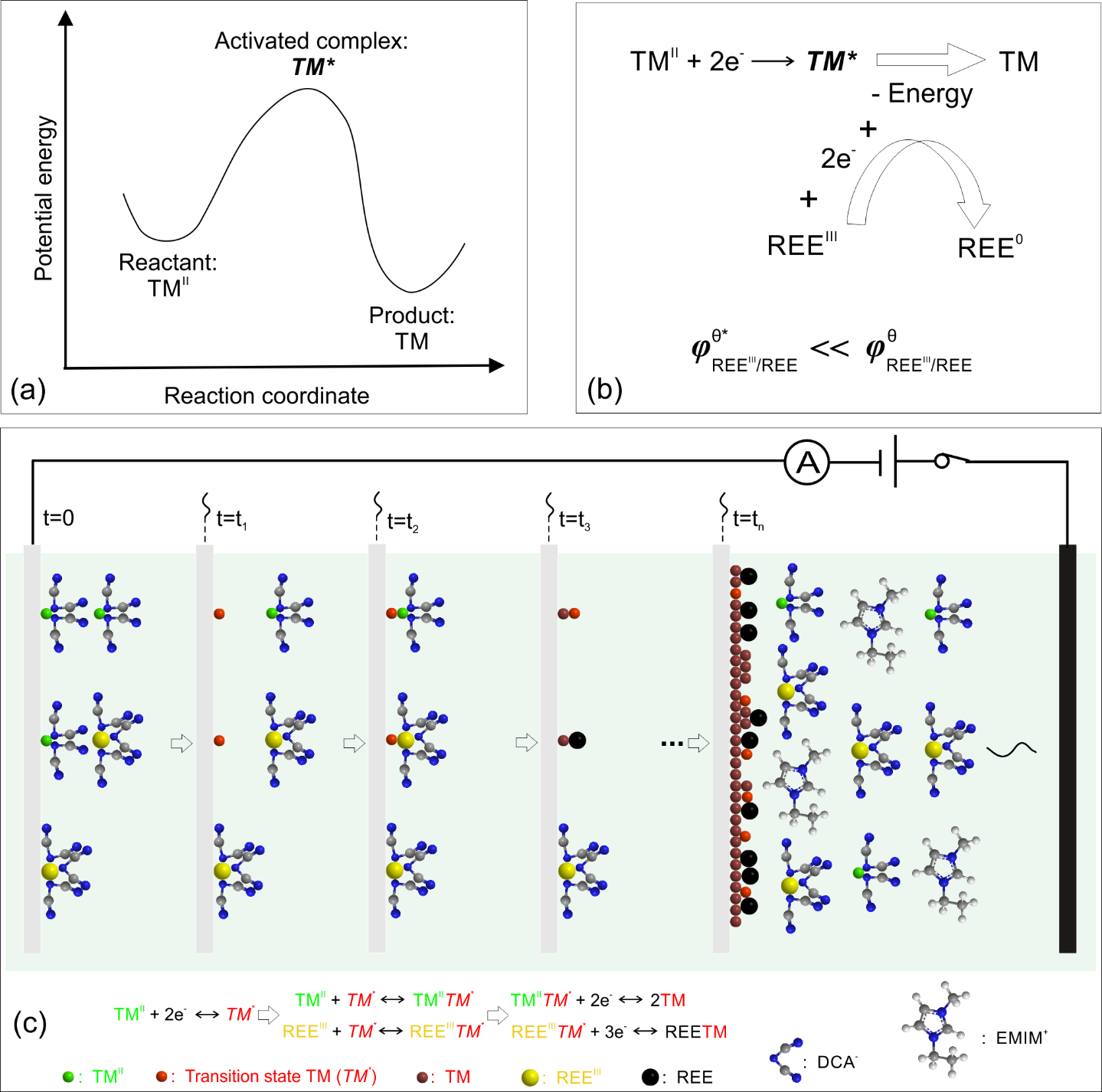 The induced co-deposition mechanism for REE (Nd) and TM (Fe) is derived and supported by a mathematical model that considers the effect of the FeII concentration on the Nd content in the deposit, in which the transition state iron (Fe*) is formed during the electrodeposition catalysing the co-deposition of Nd and Fe. 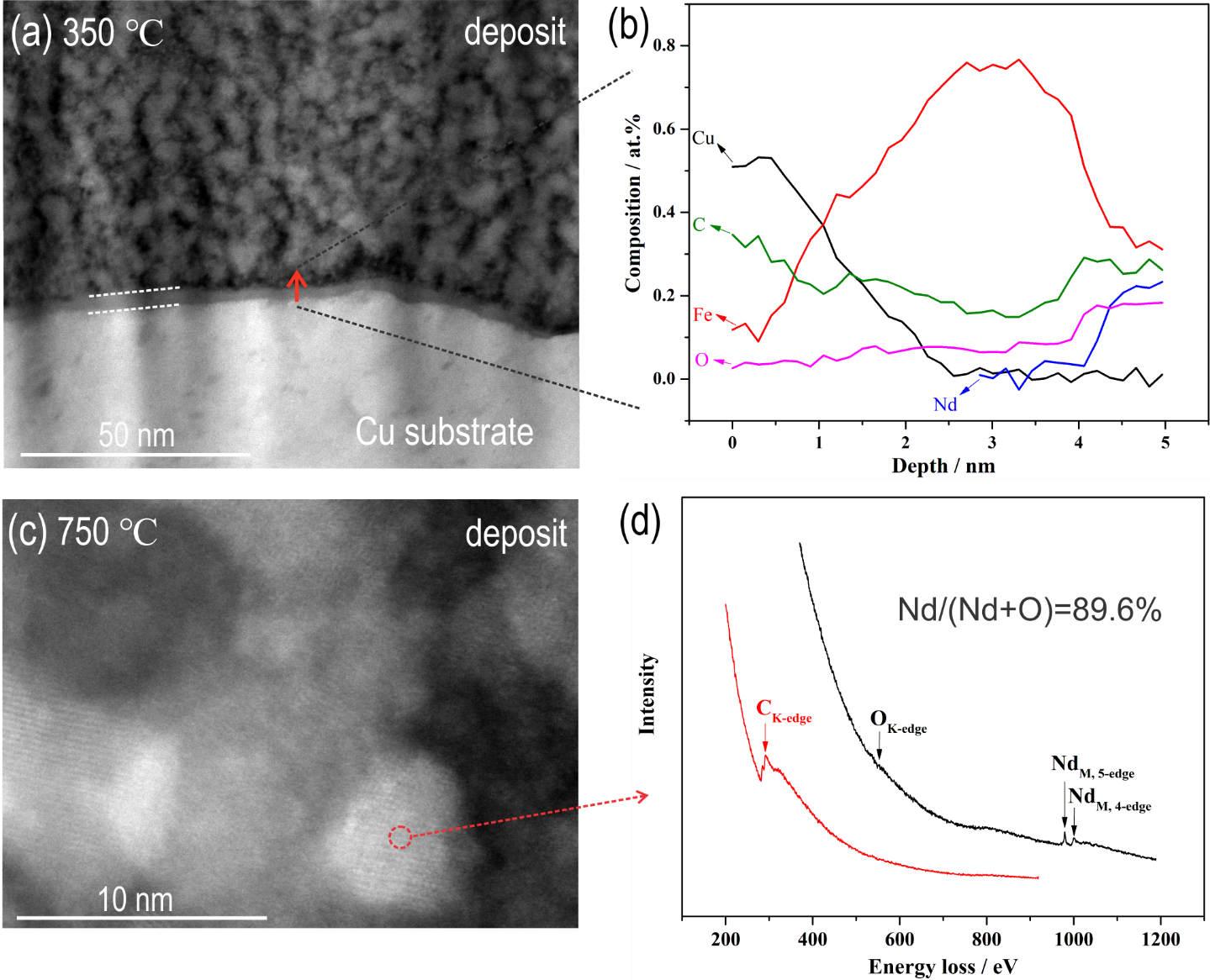 Nd-Fe thin films were synthesis by pulse current electrodeposition from the 1-ethyl-3-methylimidizolium dicyanamide ([EMIM][DCA]) ionic liquid (IL) at 110 °C. The deposition of the Nd-Fe started with the sole deposition of Fe, followed by the co-deposition of Nd-Fe where NdIII was reduced to Nd0. The developed REE–TM co-deposition mechanism that is valid for the NdIII-FeII-[EMIM][DCA] IL system creates tremendous opportunities for REE-TM permanent-magnet recycling and thin film production with a low environmental impact.

Xuan Xu graduated in Environmental Science from Chongqing Institute of Green and Intelligent Technology (CIGIT), Chinese Academy of Sciences in 2015. He is a doctoral researcher at K7 Department of Nanostructured Materials at Jozef Stefan Institute, Slovenia. His research interests include electrochemical synthesis of nanostructured materials, recycling of rare earth permanent magnets and electrocatalysis.

The research leading to these results received funding from the European Community’s Horizon 2020 Programme ([H2020/2014-2019]) under Grant Agreement no. 674973 (MSCA-ETN DEMETER). This publication reflects only the authors’ view, exempting the Community from any liability. The authors thank Bojan Ambrozic for his help on FIB lamella preparation, Dr. Marjeta Macek Krzmanc for TGA analysis, Monika Kuster for the help on XRD and FFT analysis and the COST Action e-MINDs community for sharing the knowledge.